ASA ‘of the Year’ Awards

Each year, Alabama Soccer honors outstanding contributions to youth soccer by asking its membership to nominate coaches, volunteers, and administrators.

Is there someone in your soccer world who has gone above and beyond the call of duty to contribute and grow the game soccer in your community?

Each year individuals are recognized in various categories and Alabama Soccer will publicly recognize these individuals at the Annual General Meeting (AGM), usually slated for the first weekend in February of each year.

Here are the categories for our annual nominations:

Administrator of the Year

Boys Competitive Coach of the Year

Boys Recreation Coach of the Year

Female Young Referee of the Year

Girls Competitive Coach of the Year

Girls Recreation Coach of the Year

Goal of the Year

Male Young Referee of the Year

Save of the Year

TOPSoccer Buddy of the Year

TOPSoccer Coach of the Year

Publix Volunteer Parent of the Year

Ken Headley Commitment to the Game 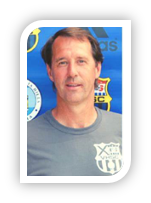 In 2019,  Alabama Soccer Association created the Ken Headley Commitment to the Game Award to honor a man who passed away in the months leading up to the 2019 AGM.  Ken was a long time coach in Alabama garnering a reputation as a servant leader, a coach whom his players loved, and a friend to all who knew him.   After being diagnosed with a brain tumor in 2018, Ken demonstrated the same tenacity he instructed in his players by fighting the good fight, maintaining hope in the face diminishing health, and despite not feeling his best continuing to be on the field coaching when his body allowed him to be.   While his loss was felt by all who knew him, his spirit will never be forgotten and lives on in the Ken Headley Commitment to the Game Award.  Last year the award created and presented to Ken’s wife, Lynn Headley in recognition of a life well lived, a coach who will never be forgotten, and a man all would do well to emulate.